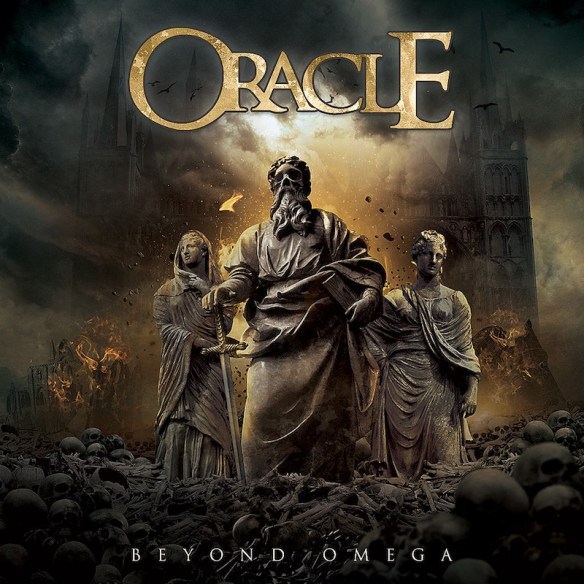 Sweet home Alabama! Oracle is a new American band formed in May 2016 and quickly released their debut Beyond Omega the same year. Even though the band was fast on releasing their first album it still holds very good production and I am honestly surprised five people can just get together and create a well produced album in just a couple of months (album was released in July 2016). To me that’s quality stuff and every time a new band manages to do this they will receive praise from me.

Music wise Oracle takes influences from a wide range of bands. While it isn’t anything groundbreaking it’s still well made and a solid effort from a new band so you can’t really find much to complain about. I would say the bands main influences are heavy hitters like Decapitated, Dissection, Fleshgod Apocalypse and even the melodic death groove a la Amon Amarth. Meaning it’s got a demonic feeling, very melodic and a lot of death. For example Nocturnal Creatures displays a lot of Dissection-like music, while The Cleansing goes towards the more head on death metal Decapitated direction. It’s obviously nothing new to get influences from class acts such as these and today it’s hard to make something really unique. However when the riffs and solos are on point, production is well made and you like the bands Oracle has drawn influences from then it doesn’t really matter. A good album is a good album, simple as that!

One thing I need to point out before finalizing the review is that I think Oracle’s vocalist Jason Long sounds a lot like Robb Flynn (Machine Head) at times. Maybe that’s just me but on some bits on each track the resemblance is uncanny for me.

Beyond Omega is a solid debut album. Metalheads of different genres will surely find tracks on the album they can headbang away to. Oracle – Beyond Omega is out now and released independently.

Facebook: http://www.facebook.com/oraclemetalband
For fans of: Dissection and Decapitated
Favorite song: On the Wings of a Martyr